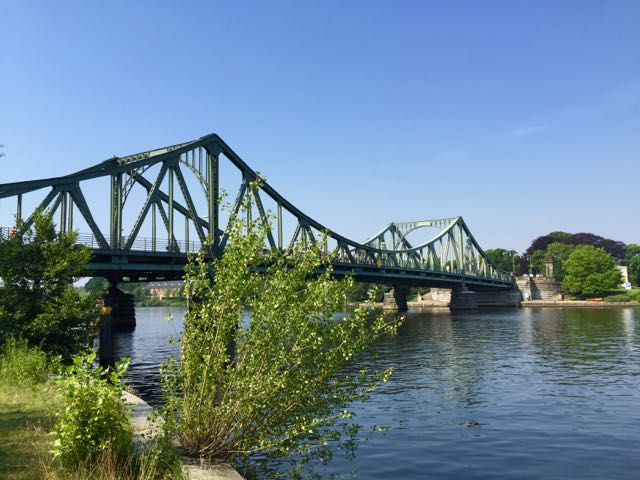 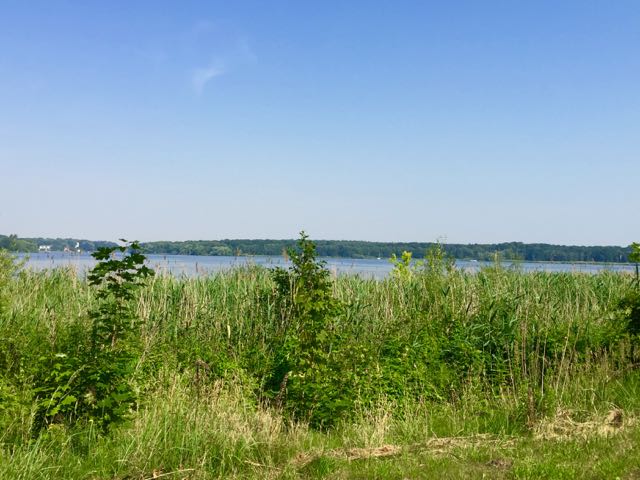 Glienicker Bridge is mostly famous for being the „bridge of spies“. Apart from this eventful history there are many reasons for visiting this bridge, one being its beautiful location.

The bridge spans over the Havel and interconnects Berlin and Potsdam. The steel construction in its current form was built in 1907. The first bridge built on the same spot was a wooden construction, that was used by the aristocracy to reach the hunting grounds from their palaces in Potsdam. In order to accommodate the increasing traffic from Berlin to Potsdam this wooden bridge was replaced by a stone bridge in 1754. It was designed by Karl Friedrich Schinkel. Unfortunately this stone bridge proved too small for the road and shipping traffic and had to be replaced by the bridge which is still in use today.

At the end of the Second World War the Glienicker Bridge was severely damaged but could be reconstructed. In 1953 the bridge was closed off for civilian traffic as a result of the division between East and West Germany. West Berlin was cordoned off. During the Cold War the bridge was used by the Americans and the Soviets for three exchanges of captured spies and this made it world famous.

The whole lovely landscape around Glienicker Bridge was declared as a World Heritage Site by the UNESCO. If you are visiting the bridge you should also take your time to walk around the surrounding, beautiful area and look at the Glienicker palace, as well as the Jagdschloss Glienicke and the Babelsberg Park.