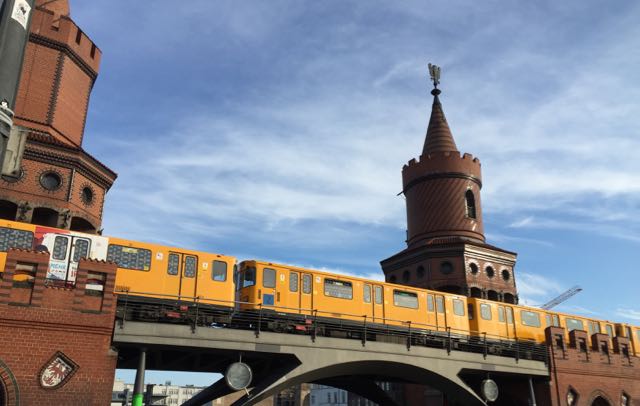 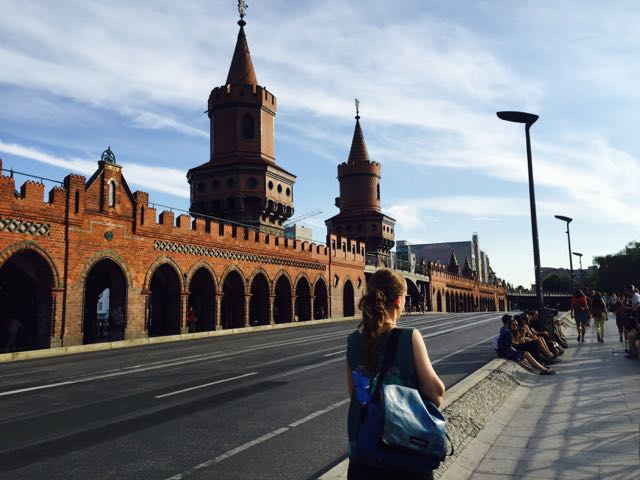 The Oberbaum Bridge is one of the most beautiful bridges in Berlin. It connects the city districts of Kreuzberg and Friedrichshain. It was built between 1894 and 1896 in a neo-gothic style, replacing a much smaller bridge.

The Oberbaum Bridge is a double- decker bridge. The oldest u-bahn of Berlin runs on the top level and is still named U1. Underneath it, pedestrians cross. This pedestrian crossing was designed to resemble the cloister of a convent. Next to it a street for cars run. Especially beautiful are the two towers of the bridge that were built in the fashion of old city gates. During the division between West and East Berlin this bridge was blocked and guarded by border personel.

The name Oberbaum results from the wooden partition that marked the customs station in former times.

If you are visiting Berlin you should take the time to cross this bridge on foot. The walk is quite beautiful, with a great view over the river Spree and the impression of being in a metropolis. If you are into partying, you will most likely cross this bridge on your way from the clubs in Kreuzberg to the clubs in Friedrichshain. Especially on weekends crowds of young people are trekking from one location to the next. At the U bahn stop Warschauer Straße, which is close by, you can listen to some great street musicians.