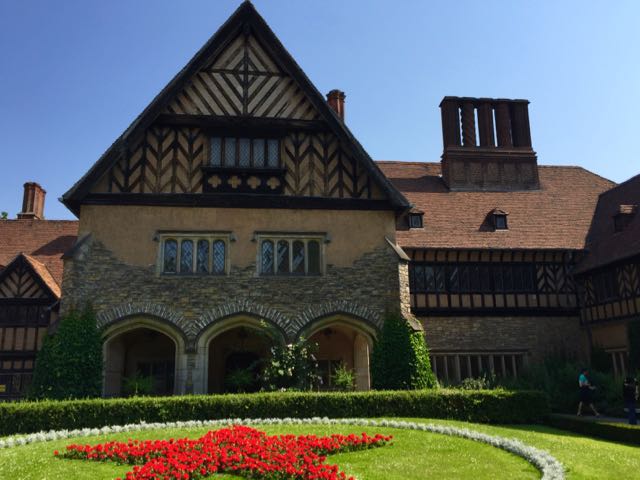 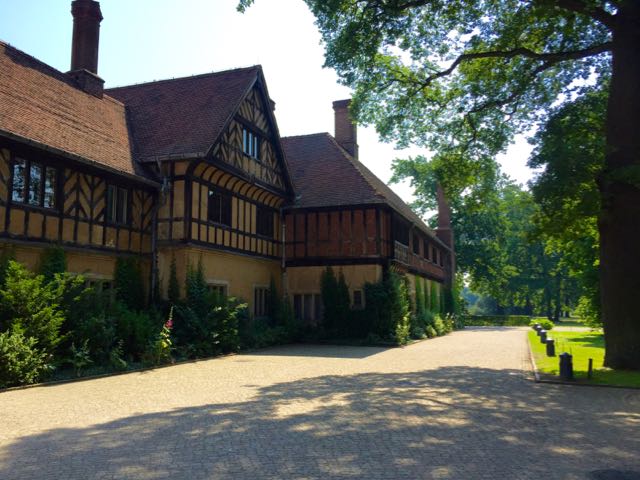 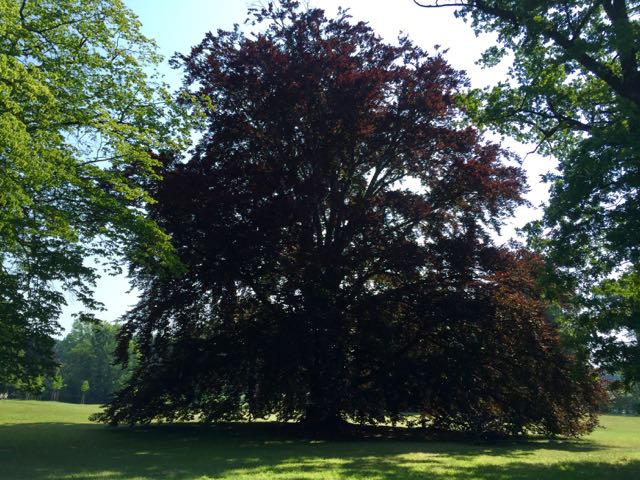 Cecilienhof Palace is a lovely estate that is located in the north part of the beautiful park, Neuer Garten. It is not too far from the shore of the lake Jungfernsee. So this is not only worthwhile a visit to see the palace but also to take a long walk in the surrounding area.

Cecilienhof was the last palace ever built by the royal family of the Hohenzollern. In 1912 King Wilhelm II. commissioned it for his son, the crown prince Wilhelm and his wife Cecilie. It was designed by the architect Paul Schultze-Naumburg. It is a rather unique design for a palace since it looks quite small and more like a cottage than the palace of the crown prince. It was based on an English country manor style in the Tudor fashion. Particularly striking are the 55 different decorative chimney stacks. Looking from the outside the palace does not look big, but it does have 176 rooms. This effect is achieved by a clever design of low structured multiple buildings that are grouped around five inner courtyards.

The family of the crown prince fled the estate in 1945. At the end of the war the palace was seized by the Soviets and it was confiscated without compensation. The palace is now famous for having been the location of the Potsdam conference in 1945, in which the representatives of the allied forces agreed upon the division of Germany.

A museum informs about the Potsdam Conference and its implications. Furthermore you can visit some of the rooms of the royal family. The furniture was removed after the end of the war and partly replaced by furniture from other castles. Especially interesting are some rooms that are designed in the fashion of ocean liners as well as the former studies of Stalin, Truman and Churchill which they used during the conference.

If you are planning on visiting the museum it is best to come either very early in the morning, or later in the afternoon, because of numerous bus tourists.