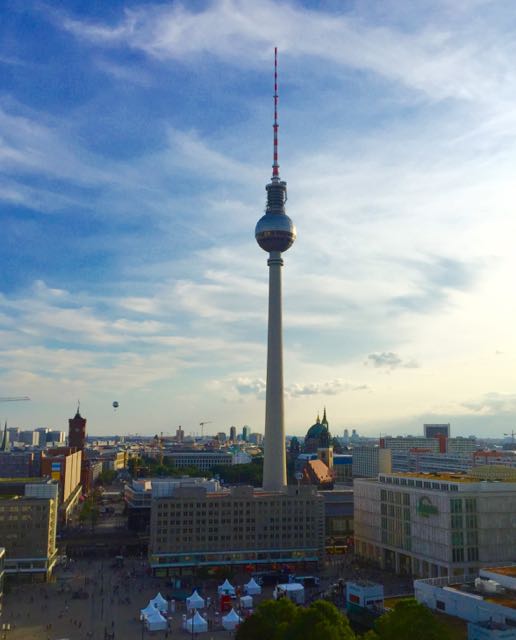 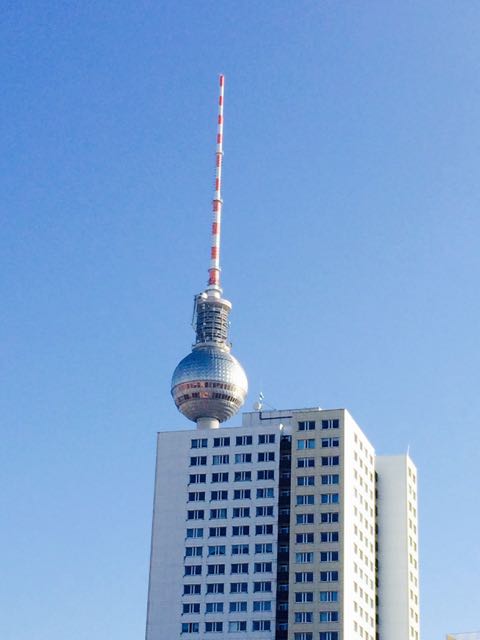 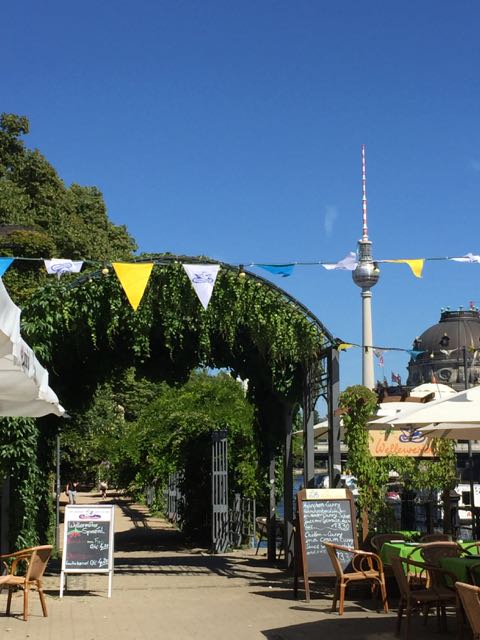 The Fernsehturm (TV –Tower) is one of the most famous landmarks in Berlin. Due to its impressive height of 368 meters and its location right in the middle of the city, is it visible for miles. It often enough serves as a point of orientation and accompanies Berliners through their day.

The Fernsehturm is the tallest building in Germany. There is an observation deck at 203 meters high, which offers a magnificent view over the city of Berlin. Elevators bring you to the top. With clear skies you can see up to 80 Kilometers. A few meters further up is a restaurant, in which you can enjoy in this extraordinary view. It is designed to revolve once around its axis every 30 minutes. This way you can enjoy all angles of the city while you are eating.

The building was first opened in 1969 and initially served as a symbol of DDR superiority. The DDR needed a strong transmission facility that could broadcast nationwide. To make a statement it was built right in the center of the city.

If you are interested in visiting the observation deck you should do so early in the mornings to avoid the long waiting times. Or you can book an online ticket with a fixed time frame to go up.